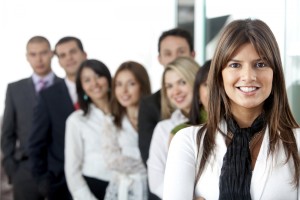 It’s an understatement to say that public employees – and their employees associations — had to adapt to some BIG changes in the last decade. During the recession many associations had to face choices that affected the basic survival of their members and their families: furloughs verses layoffs, benefit cuts, capitulating to takeaways versus slugging it out in the legal system. Groups of employees who weren’t already unionized before found themselves forming labor organizations. Others who had previously functioned mostly as social groups found themselves collecting dues, hiring legal staff, and gearing up for a fight. Tens of thousands of other employees found themselves frustrated with their big unions, so they dropped out and formed independent, local unions.

Now that the Recession is mostly over, we can assess the changes it carved into the labor landscape: permanently shrunken workforces; permanently reduced benefits; a huge shift of costs onto the backs of employees themselves; municipal bankruptcies and huge legal battles… On the other hand, there were a slew of new laws and court decisions, mostly expanding employee rights and protecting union contracts. And most importantly: wiser, tougher, better funded employee organizations, many with local political action committees; wiser, tougher, better educated Association leadership, seriously absorbed in making the best decisions for their memberships. It’s really a whole new world now of much, much more serious, more legalistic, labor relations.

With all of this flux, it might be useful for you to take stock of YOUR Association…
• What is the role of my labor organization? Does it serve MY purposes?
• What authority does our Association have under the law?
• How much influence can the organization have (or should it have) over our workplace?
• How effective is our leadership? Are we getting the most from our legal staff? Are we using our assets effectively?
• ARE WE A UNION OR AN ASSOCIATION? – And what’s the difference anymore?

Now that the big financial crisis is largely over, you want some assurance that your Association can help deliver a fair share of the pie. And, if you don’t receive a fair share, or if that fair share is blocked by political interests, you want to know how this problem will be overcome. The overarching question is whether your Association is maximizing its power and providing the best possible representation to maximize your standard of living. And, once you are clear on these goals, you have the right to ask whether your Union is truly able to accomplish them – rather than just give lip service to them.

Did I say “union”? I guess so. Your Association IS a labor union. As an independent, locally-controlled union, you are better able to accomplish your goals in the workplace than a big, international organization. However, some local unions are more effective than others. What follows is a summary of strategies available to your union in the face of the new labor landscape. The specific actions you decide upon are completely up to you and your elected leaders. If you need help with them, staff at the CEA office is available.

The Purpose of a Union
The purpose of any labor organization is to improve its members’ standard of living. You do this by:
(1) negotiating a Contract, usually called a Memorandum of Understanding; (2) enforcing that MOU; and (3) enforcing the labor and employment laws incorporated in the MOU. The MOU spells out both your rights under law and the unique agreements between your Association and your City affecting wages, benefits, and conditions of employment.

During the Recession, many city employees came to understand the extent to which your MOU really is a contract. When Management wanted to reduce wages, impose furloughs, or cut benefits, you were in a position to tell them “NO, we’re not willing to discuss this until the MOU expires.” They were contractually bound to honor your MOU, even in the face of financial difficulty, unless you agreed to negotiate. Quite a learning experience…

So, one consequence of the recession is that your Association’s leadership was forced into almost year-round interaction with Management (and became literate in a world of legal matters) in a short period of time. For example, because employers were constantly trying to squeeze money out of employees’ paychecks, they often acted unilaterally, claiming that this was a “Management Right.” Union leaders needed to become educated about what decisions are negotiable (i.e., most decisions…) and which, truly, were within management’s control.

This meant that on a year-round basis, when city or district managements decided to implement changes in the workplace (furloughs, for example, or eliminated leave cash-outs, or replacing full-time jobs with part-time labor) your union leadership had to decide what to do about this. Should they negotiate? File at PERB? Or should they just look the other way? And what would be the ramifications for you, the members, if they chose one action over another? What if some members benefited from a decision while others suffered? What if everyone in the Association didn’t agree on a course of action? Difficult, difficult decisions….

Defending Your Contract
Your Association has the same ability to enforce its contract as any labor union. The first step normally involves a grievance, using the negotiated grievance procedure. If this doesn’t work, however, the Association may file a claim with PERB (the Public Employment Relations Board.)

PERB is a court-like system, with more than 50 years of precedent setting decisions about public employee rights. Whether your violation is a small one, involving only a few members, or a huge one involving your entire membership, PERB will ultimately order the City to comply with your Contract. We say “ultimately,” because the system is still backed up with the last few years’ claims. There is no charge for PERB’s services, but expect a year’s wait…

Defending Individual Members
Your Association has a secondary purpose, which is defending the rights of individual members, for instance, representing a member who is threatened with discipline or is somehow mistreated on the job. If the City decides to suspend or terminate your member, he has the right to go through an appeals procedure. If a member becomes disabled, he has the right to an ADA interactive process. Your union has the job of representing you. A large portion of your dues are spent on professional staff that is knowledgeable about your rights and familiar with your contract.

What Rights?
In the last three decades, public employees’ real wages have been stagnant, at best. However, during the same period, your legal rights have improved dramatically. Starting in the 1980s, you came to be covered by the Fair Labor Standards Act (overtime law), the state and federal discrimination laws, the Family Medical Leave Act, the Americans with Disabilities Act, statutes protecting your retirement benefits and dozens of other good laws. To the extent that these laws are incorporated in your union contract, your Association has the obligation to defend all members’ rights under all of them.

In addition to this, your MOU often contains rules or benefits which build on top of existing law. For example, your union may have negotiated a “Call Out Policy” for night time emergencies or a Tuition Reimbursement program or a health benefit for people after they retire. None of these are required by any law. The truth is that most benefits public employees enjoy are negotiated between the city and your employees association.

Are We REALLY A Union?
Yes, you are really a union, in the most useful sense of the term. Your Association is the “exclusive representative” for your bargaining unit. No other agent (or union) may represent you, and the City MUST do business with your Association. It must also confer certain rights upon your leadership. Your MOU is a binding contract, superior in force to any local document except the City Charter. Its “terms and conditions” can’t be altered without both parties’ agreement.

A Union’s Obligations to Its Members
Because your Association is your only representative at the workplace, it has the obligation to represent you if your wages, benefits, or job security are threatened. Beginning in 2009 the number of threats to your job began skyrocketing, and many small organizations were nearly overwhelmed with the activity. The role of your Board of Directors is to stay in touch with you AND with City Management, and to make crucial policy decisions. The role of staff is to provide information, legal guidance, and spokesmanship, so your Board can make intelligent decisions, even “in the heat of battle.”

Taking a Page From Police and Fire Unions….
In truth, most general employees groups fail to exercise their full power. Sworn employees unions (police and fire) accomplish far more with much smaller numbers. This is only partly because “the public likes Firemen better.” It’s mostly because these quasi-military organizations are simply better funded, better organized, and better at securing political influence. Their members pay higher dues, endorse local candidates, turn out at the candidates’ events — and accomplish many of their goals via backdoor negotiations.

Sworn employees’ organizations don’t have the same degree of internal conflict about their goals as general employees associations. They elect officers and carry out directions. They aren’t obsessed with the need for “transparency” and “democracy” that bog down so many general employees associations. And they are not at all conflicted about the need for political influence. You can see the results of that influence in a myriad of special laws and benefits for safety employees at all levels of government.
There is no reason that “general” employees cannot use the same methods to accomplish their goals. You often outnumber the sworn employees 2 to 1, and are far more likely to live in the community. Nothing can benefit your influence at the bargaining table as much as a good, mutually-supportive relationship with the City Council.